We said goodbye to some members of Lewisham Schools Concert Band at the end of last year as they leave Year 13 to begin their future, some of those members look back at their time with the band…

“I joined LSCB in my third year of secondary school, hidden at the edge of the trumpet section – a place I thought would effectively conceal my inexperienced ensemble playing among the older and more advanced. Also far enough from direct attention that I could fixate on the notion to shy away from sight reading of any sort. Needless to say my confidence has evolved dramatically, my love for music now cultivated through the overwhelming sense of joy gained when performing as first trumpet. Subsequently, the past year has been the most enjoyable and gratifying of all. Exposure to an expansive repertoire has defined my musical individuality, particularly by the works of Bernstein, Gershwin and Stravinsky – all introduced whilst in the band.

I have distinct memories of many concerts, the first of which was our interpretation of a Gabrieli piece at Goldsmith’s University in 2015. The band were separated into instrumental sections, positioned at varying levels, distances and areas within the hall. This is one of many times we were urged to consider performance, placing emphasis on how sound was depicted beyond notation alone. Perhaps my most favoured concerts were those at the Royal Festival Hall, in both 2015 and 2017. Its difficult to illustrate the overwhelming nature of playing on such a vast stage in one of the countries most renowned venues, aware of cameras at each angle. Despite this, the band’s dedication, diligence and engagement was clearly reflected.

Performing with the London Symphony Orchestra earlier this summer to an audience of 10,000 as part of their Trafalgar Square Summer Series was an opportunity granted by Lewisham Music. I was astounded by the enterprise of alliance between players, delicacy and musical fluency exhibited by such an advanced group of musicians. I’m hugely grateful for the valuable tutoring I received from their brass players in both our friday rehearsals and my time spent with the LSO – where I was also lucky enough to work with Sir Simon Rattle.

The entire band were later offered a day trip to Kent Music’c Summer School, where we attended a masterclass alongside the Kent County Wind Band. The addition of the Kent band almost tripled our ensemble in size, generating a dominant, rich and incisive sound. Initially, many of us felt overwhelmed with the speed at which we approached their repertoire, yet we soon became accustomed, learning to divert our full attention to an unfamiliar conducting arrangement. Likewise, Benenden’s School – the site of our day trip – was a dramatic variance in scenery and arguable upgrade from our familiar rehearsal environment in Lewisham.”

“Throughout my time as a member of Lewisham Schools Concert Band I’ve felt a great sense of community and family in ways that only playing with fellow musicians can provide. The support from our conductor, Sam, and other players always made me feel welcome into the group as well as confident to learn new techniques. I’m grateful that this was the case as I would often rely on other students to help understand new pieces from a wide range of genres, to suit all of our music tastes, which we would regularly showcase in prestigious venues such as the Royal Festival Hall. I was always encouraged to play regardless of mistakes and understood that pushing through a piece always meant that we were one step closer to the finished product, a wonderful lesson of perseverance that I will take with me.

Our most recent trip with the band was to Kent Music’s Summer School to attend a day long music workshop playing with musicians from across the county. We collectively worked together to sight read music with advanced players and prestigious conductor in a beautiful venue, new and exciting for many members of the group. The whole trip was organised seamlessly with constant support from Lewisham Music staff and was a wonderful way to end the term and say goodbye to the band.”

We wish all Concert Band leavers all the best for the future. 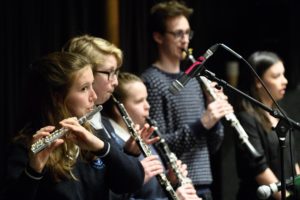 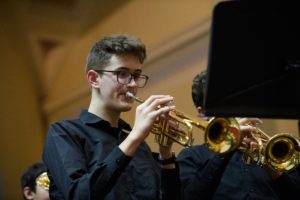 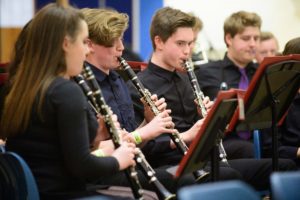 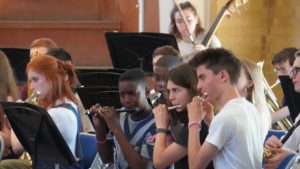 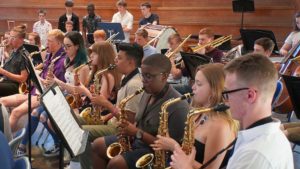 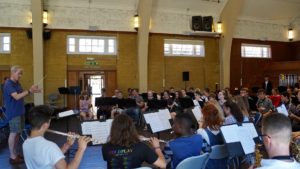 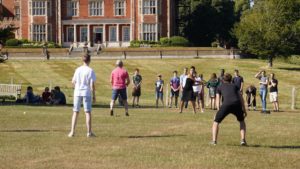 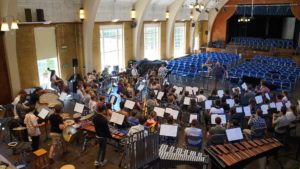 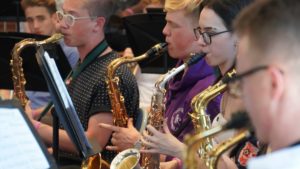 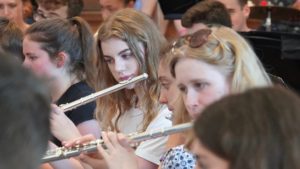 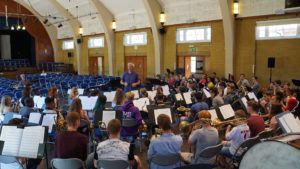 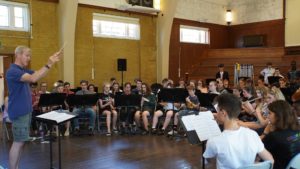 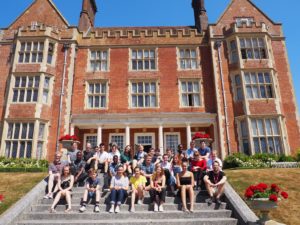